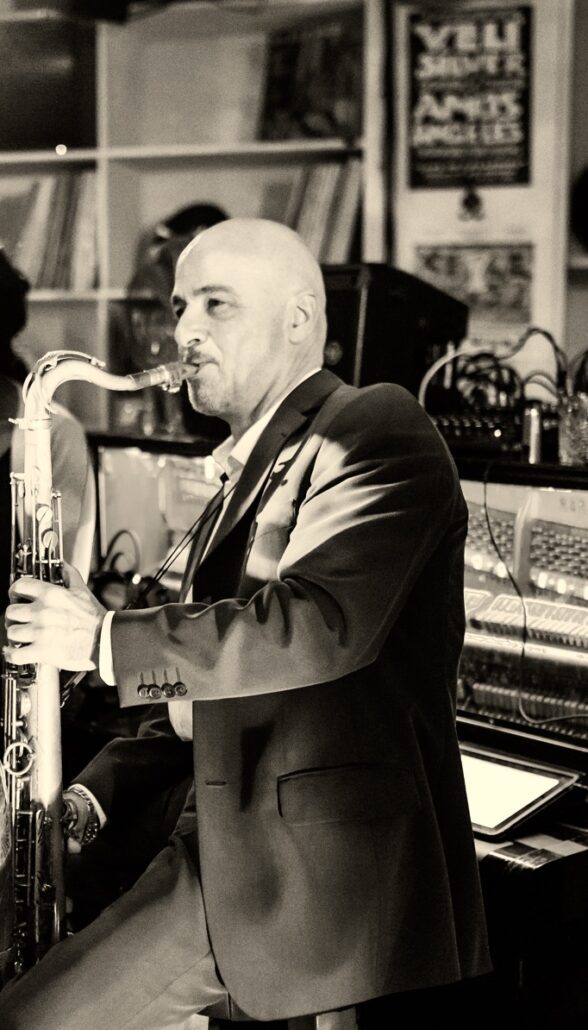 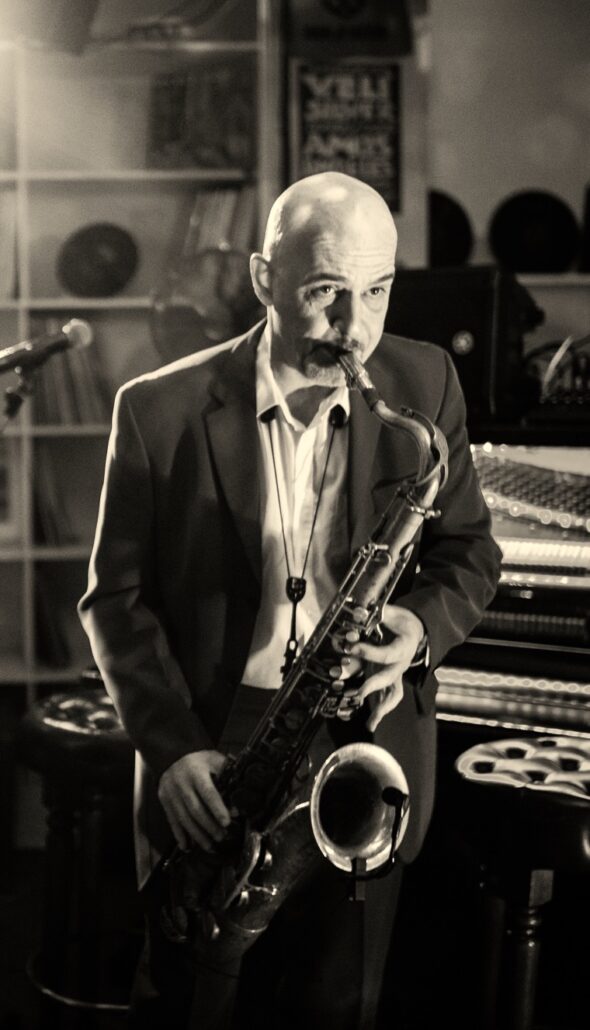 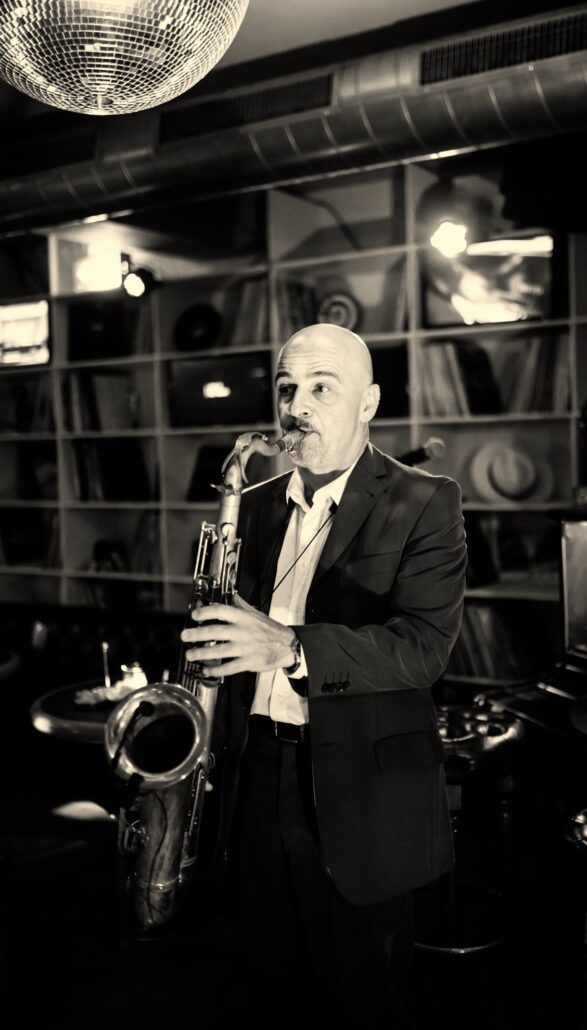 The versatile musician Ralph Zöbeli plays next to the tenor saxophone other instruments and styles. He was classically trained and played the violin in his youth in small orchestra formations. As e-bassist he was member of several bands, where he had his first appearances on local stages and in music clubs.

During his stay in the USA in the 80ies he found his passion for the saxophone. He was taught by several private music teachers and he attended the Jazz School in Zürich. With the band “Rollsplit” he recored two CDs, and he toured with the band through the whole of Switzerland. It was followed by various studio and band projects, where he appeared at the Montreux Jazz Festival, in the music club Atlantis in Basel, at the Kaufleuten in Zürich and many other places.

With the singer Janet Dawkins he formed the band “Four for the Blues“, with which he is still appearing as bandleader, saxophonist and upright bassist. The band plays first quality smooth jazz as well as pop and soul classics and appears regularly at exclusive events all over Switzerland. With his projekt “BlueSax” he plays solo on the tenor saxophone groovie swing jazz, blues, bossa nova as well as chillout and lounge sounds. He appears as live saxophonist with the cello player Liz Schneider with ambient and lounge music under the name “SaxoCello”. His warm sound on the tenor sax gives an atmospherical touch to swing, jazz and blues.

Live saxophonist from Zurich with stylish repertoire from smooth jazz by Stan Getz and Herbie Hancock as well as pop classics by Norah Jones and Eurythmics to lounge music in the style of Café del Mar.

The live saxophonist plays the most favourite compositions and gems of music history. Available for bookings in Switzerland and abroad, sound system inclusive.